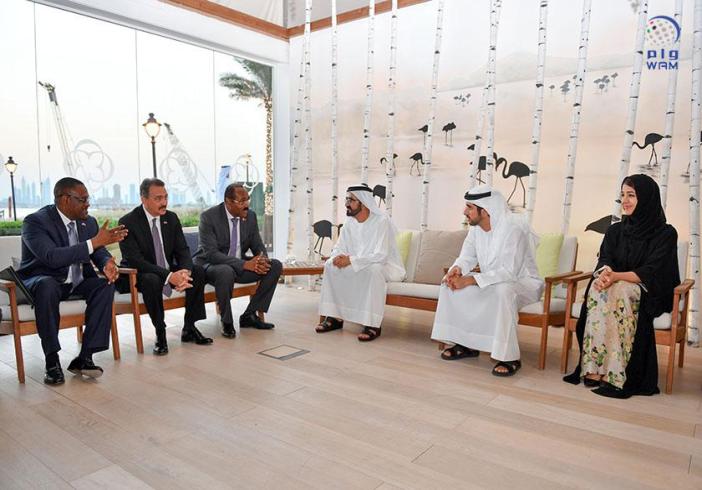 Sheikh Mohammed and Mr. Browne discussed friendship relations and co-operation between the two countries, especially in the investment sector and the exchange of expertise in various development fields.

Sheikh Mohammed welcomed the enhancing of bilateral relations between the UAE and Antigua and Barbuda. He also stressed that the UAE will offer its development experience and expertise for the benefit of fraternal and friendly countries to achieve sustainable development and strengthen the economy and social stability of all peoples.

Browne expressed his country's desire to extend permanent bridges with the UAE to benefit from its pioneering experience in building and development in various fields, especially in the tourist and infrastructure sectors.

He also pointed out that there are technical teams from Dubai to provide assistance to build and modernise the airport, the port and other infrastructure facilities that would help to attract and establish investment partnerships at the Emirati government and private sector levels as well as to contribute, at the same time, to developing and revitalising the tourism sector along the lines of what has been achieved in this sector in Dubai, which is a role model for Caribbean countries.

The Prime Minister of Antigua and Barbuda hailed the development, cultural and urban boom being witnessed by the UAE in various levels, especially in the diversification of national income sources, infrastructure and human resources development to achieve the ultimate goal sought by the leadership and the government as represented by the UAE Vision 2021.

Also attending the meeting were;